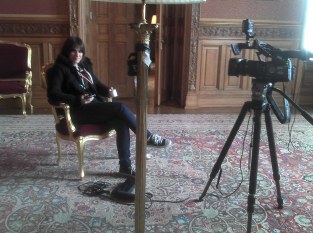 Erica is an accomplished documentary director, who works on high-end and industry recognised films. Her latest films include BBC Panorama’s ‘Tessa Jowell: Her Final Campaign’ and most recently the HBO documentary ‘Saudi Women’s Driving School’ which will premiere in the US in October 2019.

Her film Catching a Killer:A Bullet Through the Window, received critical acclaim. The documentary was Pick of the Day in all major national newspapers and is one of the Catching a Killer series that has been nominated for the Broadcast and RTS Awards. Her work directing and producing has helped earn a 2018 BAFTA nomination for Best Factual Series.

Before working on Catching a Killer, Erica produced and filmed BBC 1’s BAFTA-nominated Behind Closed Doors following the lives of those affected by domestic abuse. Working alongside director Anna Hall, she received recognition for the film through multiple nominations at the Broadcast Awards, the Grierson Awards and the prestigious Orwell Awards.

At True Vision, Erica has worked on Channel 4 Dispatches ‘Breadline Kids’ which has been nominated for a Broadcast Award and an RTS.  She has also worked on the BBC/Children in Need Special ‘Looking After Mum’, ‘No Place to Call Home’ and ‘Rich, Russian and Living in London.’

Before working in documentaries, Erica was at the BBC and worked on Watchdog, Panorama, Newsnight, business programming and political films. She started her career working as a researcher for Michael Cockerell’s The Great Offices, following the natural tensions between politicians and civil servants in the main government Departments.